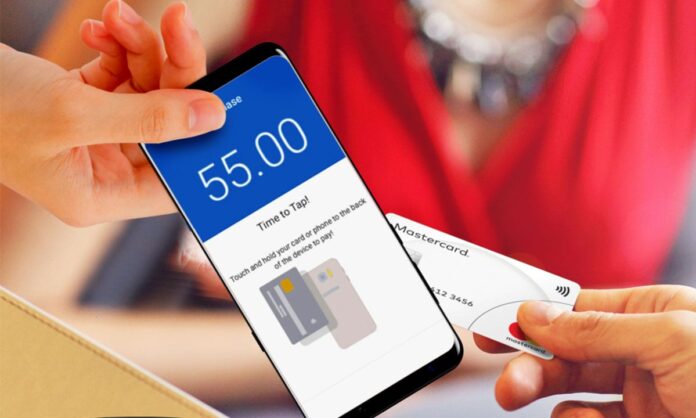 If the sky’s the limit for contactless payments, which the pandemic has certainly shown, and if the technology is deployed across mobile devices … then it makes sense to move to the cloud.

To that end, Mastercard said Monday (Jan. 11) that it had partnered with NMI and Global Payments to launch a pilot for new cloud-based point of sale technology. The goal is to broaden contactless payments acceptance for merchants serving consumers who want to pay with their Android mobile devices.

Nili Klenoff, senior vice president, acceptance solutions at Mastercard, told PYMNTS that the pilot is based on three dynamics in the consumer marketplace. The first is the digital shift, which she doesn’t see changing even when and if the pandemic ebbs. The second is the acceleration of the retail industry’s need for a contactless infrastructure. The third is the advantage of moving to the cloud, which she said democratizes access to digital payments products.

“This was an ongoing solution that we innovated on and conceived in the in the early months of 2020, coinciding with the pandemic,” Klenoff said. “We started to see the shift in contactless acceleration at the very beginning. It’s an investment that Mastercard has been making in the ecosystem for over a decade. So all of this innovation continues to build on each other as we look to build out the ecosystem and see how all merchants, regardless of size, [are] able to participate in contactless and digital payments.”

Billed as Cloud Tap on Phone, Klenoff said the new offering means that any business can deliver contactless experiences. Drilling down into the pilot program, it will be executed via its partners including Computer Engineering Group, an IT services provider, and the software is being hosted on Microsoft’s Azure cloud platform. NMI’s card payment gateways, geared toward retail POS (eCommerce, in-person and self-service), process more than 1.2 billion transactions annually.

While the cloud is understood by most retailers as an essential part of digital-first infrastructure, the “tap on phone” technology has not been deployed much outside of transit applications. But moving the acceptance software to the cloud improves security (by moving security protocols away from the phone itself) and speeds the adoption of new payments functionality for merchants — especially smaller merchants— so that they can, for example, embrace curbside pickup or payment on delivery.

Klenoff also pointed out that because the technology is in the cloud it opens its development to the larger community.

“What we’ve done now is taken key pieces of the acceptance software, the core technology that processes transactions and the key security functions, and we’ve moved that to the cloud,” Klenoff said. “And what we will do is we will make that available to solution developers in the form of a pre-certified software development kit (SDK). That allows them to move faster with their own developments of tap on phone solutions because we’ve taken on most of the heavy lifting. It’s all about speed to market.”

That opens up new services for the future of the infrastructure and could even extend the availability to a wider range of phones, which increases the user base and integrates cloud security. She also noted that the cloud enables distribution, as it gives an entire wave of partners from acquirers to processors to payment gateways an opportunity to integrate the technology.

“If you think about the opportunity for small and micro merchants there’s a huge opportunity,” Klenoff said. “And consider that 130 million merchants worldwide still rely on cash so this is an opportunity for those merchants to be able to accept digital and contactless payments. There’s also the opportunity to leverage this technology for use cases like curbside pickup and queue busting. So there’s a diverse set of use cases and a diverse set of merchants able to participate including the small and micro businesses who are at the beginning of their digital payments acceptance journey.”

At a high level, as consumers increasingly have turned to digital-first conduits to conduct daily financial life (and of course, transact with merchants for goods and services), contactless payments have soared.  Mastercard said in its latest earnings report that contactless penetration reached 41 percent of in-person transactions (as measured globally) compared to 37 percent in the second quarter — and 30 percent a year ago. As found in one PYMNTS survey as the pandemic took root in 2020, 30 percent of Americans made their first mobile wallet and contactless purchases.

As part of the Mastercard Tap on Phone effort announced this month, pre-certified cloud POS software development kits (SDKs) are being made available to commerce ecosystem stakeholders spanning FinTechs, acquirers and processors. The latest announcements come after Mastercard said in the spring of 2020 that it was advocating higher transaction limits across the globe for contactless payments. In one example of support for such limit increases, back in March, the U.K.  boosted the contactless pay limit from £15 ($17.43) to £45 ($52.29) in response to the coronavirus and in a bid to encourage contactless payments in face-to-face commerce.

TOP 10 Cross-Border Retailers in Europe 2020. Who ranked the best?

What Is a .STORE Domain? A Complete Guide to Branding an Online Store Perfectly

TOP 10 Cross-Border Retailers in Europe 2020. Who ranked the best?

Who is Giovanni Brugnoli, as known as “Revee”?