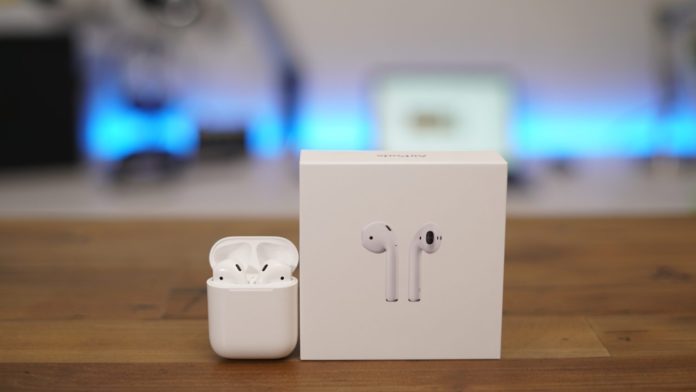 Bloomberg‘s Mark Gurman reports that Amazon is working on its own version of Apple’s popular AirPods wireless headphones. The company is looking for new ways to make its Alexa assistant more available for mobile users.

The Seattle-based e-commerce giant is readying earbuds with built-in Alexa access for as early as the second half of this year, according to people with knowledge of the plans. The headphones will look and act similar to AirPods, but people working on the product inside Amazon are striving for better audio quality, the people said. Like the AirPods, the Amazon earbuds are designed to sit inside users’ ears without clips around the ear.

Amazon believes people will talk through the headphones to do things like ordering products, calling up music from Amazon Music, and accessing general information like news and weather. As with other Amazon devices, the user will say “Alexa” to activate the assistant. It’ll also be possible to use tactile controls like tapping on the side of the earphone to activate the assistant.

Quick Take!: Apple’s AirPods are very popular but pricey–they sell for between $159 and $199. Amazon, Gurman points out, has a history of undercutting competitors on price. If it can do that in a significant way here, it could both lure would-be AirPods buyers and recruit more users to its Alexa assistant at the expense of Siri.

The Amazon earphones, Gurman says, will be out as soon as the second half of 2019. Amazon’s Lab126 designed the product.

How to Market Like a Human in the Age of Automation